50 YEARS AS A TOOLMAKER

Richardssons Verktygsservice AB was founded in 1963 by Sven Richardsson. Originally the company focused on making moulding tools. In 1965 the first part of the company’s present premises was built on Kristinebergsgatan in Västervik. Richardssons was an early user of modern CNC and CAD/CAM technology. As early as the end of the 1970s the company purchased its first CNC machines and CAD/CAM systems, and ever since it has been well positioned in these important areas. Over the years Richardssons has gradually expanded its operations. Its premises have been expanded in stages and now comprise about 2,300 square metres.

In 1994 the company was bought by Elisabeth and Niklas Eidersjö, who have operated it since then. Richardssons has continued to adopt all kinds of new technological advancements ranging from high speed 5-axle milling to the latest in robot cells. 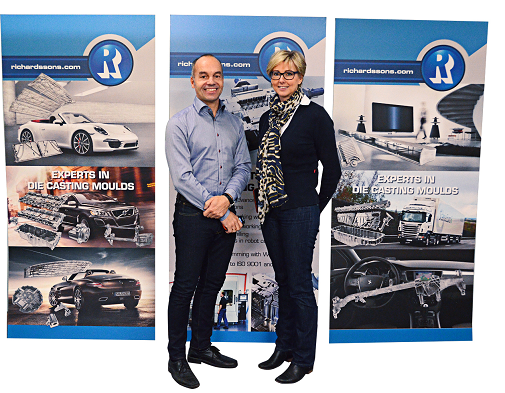